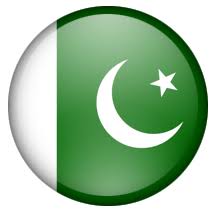 Why Italy and why Bologna for your international studies?

Most people know Italy for its fine food, amazing culture, and architecture (and the people of course) but few also recognize the sheer brilliance of the Italian education system (especially at university level). I was one of those people from Pakistan to recognize this and when I finally had the opportunity to study my engineering in Italy I acted upon it immediately. It was initially just an impulse and I was also partially acting on my desire to go abroad and experience the world but, looking back, I realize it was ultimately a smart choice and if given the opportunity to go back in time I would make the same decision.

On the other hand, Bologna was my first and only choice for engineering. It was an amazing school with an amazing engineering faculty and I had heard amazing reviews from my Pakistani seniors already studying there. They vouched for the level of competency of the Italian teachers and engineering curriculum. So, after hearing such stellar reviews I decided to continue my journey and enroll here.

Why you decided to do the Dinehome project while here?

I landed in Milan and from there I took the train to Bologna. It was a rocky start as I was in a country where people spoke another language. On top of that, I was still moving from place to place unable to find a permanent place of stay. This affected my studies and I believed I already had too much on my plate. However, being an over-zealous 24-year-old who was keen on meeting and interacting with new people, I decided to go even further and participate in Dinehome.

Just like my decision to come to Italy was me acting on my initial impulse, this too was purely instinctive and, initially, I had no idea exactly what to expect and how to deal with it. So, naturally, when I got the email from Dinehome telling me that I have been paired with a family in Bologna, I first had no idea what to do. It all felt so new to me but in the end, it all worked out perfectly.

According to your experience, what do you think is the best thing a student can get from the Dinehome experience?

The family I visited was extremely nice, humble and very open-minded. The mother and father worked in the finance sector and they had three sons. One of them wanted to be a football player, the other was in a band and wanted to go to music school later on and the youngest was, well, still figuring out school. When I visited them for the first time I played FIFA with them and listened to their son play a beautiful melody on the piano. All in all, it was a really good experience and if it wasn't for my own rocky and unorganized schedule, I would definitely have wished to visit them more (unfortunately, engineering doesn't allow you to have a very active social life).

In my opinion, the best thing a student can get from the Dinehome experience is to develop empathy, a cultural understanding and, most importantly, it helps shatter this idea in our mind that people residing in another country are completely different from us. The more I visited Claudia and her family, the more I realized how she and her family reminded me of my own family. The language barrier was definitely a tough wall to overcome on both sides but the more effort we made to communicate with one another, the more we developed this deep understanding of each other. I absolutely plan on continuing to visit her once my exams end (in my case, language and engineering were both a barrier).

Dinehome Experience of Jay, an international student in Bologna in the fall of 2014.
Continue Reading